The Muslim Chaplaincy of Toronto provides a space for Muslim Youth to access beneficial counselling and build meaningful relationships within their community. Our Chaplains provide counselling in areas of: spiritual care and sustenance, academic and career counselling, coping with stress and anxiety, mitigating relationships, and dealing with religious doubt and uncertainty. Our services are free of cost, and available for students across Canada. The Muslim Chaplaincy is a registered charity, fully funded by community. 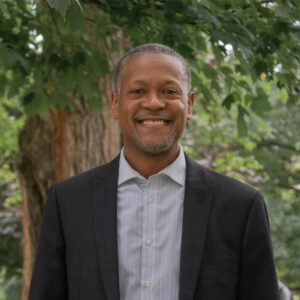 Imam Yasin Dwyer was born in Winnipeg, Manitoba to Jamaican parents. He is the Executive Director and Lead Chaplain of the Muslim Chaplaincy of Toronto. Before joining Muslim Chaplaincy of Toronto, Imam Yasin was part of the multi-faith chaplaincy team at Queen’s University in Kingston, Ontario. He has lectured extensively on topics such as religion and the arts, Black Canadian culture and the history of Muslims in the West. While working alongside many non-profit organizations in Canada, Imam Yasin was the first full-time Muslim chaplain to work with the Correctional Service of Canada, a position he held for 12 years. As well, Imam Yasin is a long time board member of the Montreal based Institut Route de la Soie/Silk Road Institute, which is dedicated to expressing Canadian Muslim narratives through the visual, auditory and performing arts. 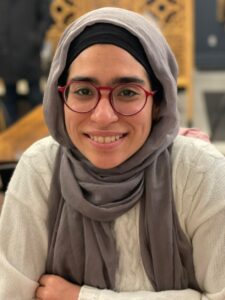 Olfat Sakr earned a Master of Pastoral Studies with a certificate in Spiritual Care and Psychotherapy at the University of Toronto. In addition to volunteering in various community settings, she completed three units of Clinical Pastoral Education (CPE) at the Scarborough Health Network, CAMH and in private practice, providing emotional, spiritual and faith-based support. She joined the Muslim Chaplaincy of Toronto as an intern in the Fall of 2020 and officially joined the team as a chaplain in 2021.

Olfat is passionate about creating welcoming and nurturing spaces for people to heal, to grow to their full potential, and to connect with each other and to the Divine.

Available on: Mondays, and Tuesdays 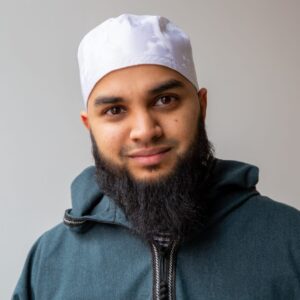 Imam Omar Patel was born and raised in Toronto, Canada. His interest in the Arabic language and Islamic studies took him to study internationally enrolling in the rigorous 7-year Alim program consisting of advanced Qur’anic exegesis, Islamic theology and early Hadith studies. He completed his program in South Africa where he graduated with a BA in Arabic and Islamic Studies, and achieved numerous authorizations in the Islamic sciences. After returning home to Canada, Imam Omar felt a calling to bridge his knowledge of Islamic Sciences with modern spiritual care and psychotherapy – and so began his Masters in Pastoral Studies l at the University of Toronto to become a trained chaplain and psychotherapist. Imam Omar complemented his studies in psychotherapy with certification from the Toronto Centre for Psychotherapy and Counselling. In 2016, Imam Omar was selected as the Muslim Chaplain at University of Toronto Scarborough Campus where he caters to the needs of Muslim students by holding counselling sessions and weekly programs.

Available on: Mondays, and Tuesdays 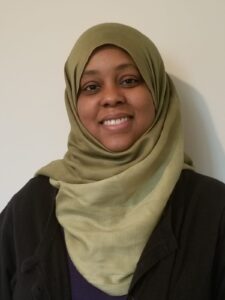 Emmanuelle (Eman) Manigat was born and raised in Montreal, Canada. She is a proud child of Haitian immigrants. Eman is the Convert Care Coordinator at Rabata and a graduate of Rabata’s Ribaat Academic Institute where she obtained her Ribaat Islamic Studies Teacher Certification in 2022 under the mentorship of Shaykha Tamara Gray. In addition to being a Ribaat graduation, she is the chapter lead for the Rabata Toronto Chapter where she strives to bring Rabata’s ethos of positive cultural change to her local community. Eman also serves in the steering committee for Black Canadian Muslims, a non-profit organization whose mission is to enhance the lives of Black Canadian Muslims of the African diaspora by reviving a sense of community based on Islamic principles, education, art, and support. Eman resides in Toronto with her two beloved children and husband. She is currently working on completing her masters degree in Pastoral Studies with a Certification in Spiritual Care and Psychotherapy at the University of Toronto.

Available on: Mondays, and Thursdays